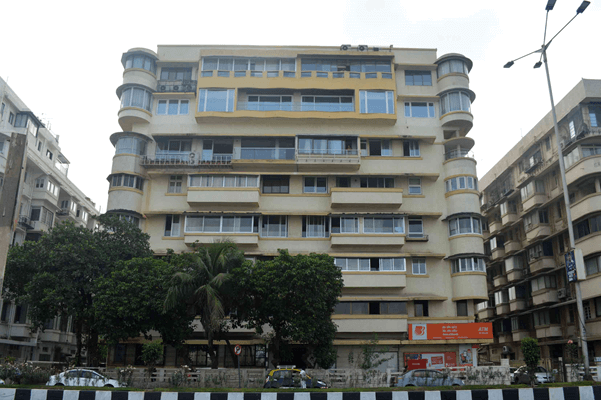 Mr. Shah who owns a flat on 5th floor of GiriKunj which is situated on marine drive wanted to install better wifi access point’s to cover the entire house with enough wifi coverage. The challenge was the cabling for wifi network. The flat which was completely built, cannot have internal cabling done nor there was any provision for cabling done previously for internal network. Cabling wasn’t possible outside the wall’s as it would make the wall’s look inappropriate. They wanted to setup the Wifi Network without the cabling done for the entire home. They already had TP link’s wifi routers installed, which didn’t give much bandwidth or range. Those routers also had a lot of downtime with disconnection issues from time to time. With such issues with previous router’s they decided to get the wireless router’s replaced with a new one.

They didn’t have much time to research on it, so they explained that wifi has to be wirelessly connected all over the house to avoid cabling through or over the wall’s. There were two routers installed on the network with Jio as main modem/router and another TP link router. We started of by removing TP link router and using Jio as the only router on the network, so that every device can be on same network. UniFI makes wifi management more efficient, saving time by providing access to all the access point’s at once. 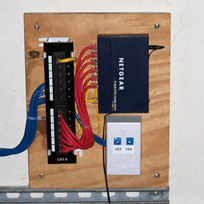 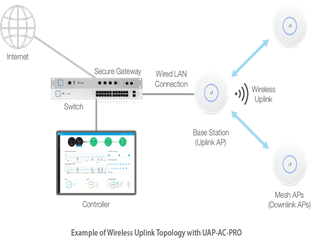 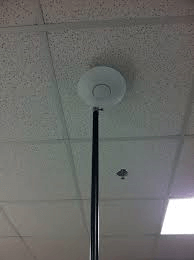 UniFI access point’s does not slow down the wifi network and provides smooth transitioning between access point’s. They had to deploy three access point’s to cover the entire house, one wired in the hall inside the server cupboard and other two wireless uplinked to it. One of the wireless was installed in the projector room and another was in between the hall and the bedroom. Network compromises of 1 Jio centrum home gateway, Netgear pro-safe switch and UniFI access point’s. Fiber line from Jio goes into the Jio Gateway and a patch cable goes from there to netgear pro-safe switch. two UniFI Access point is connected to Pro safe switch as downlink AP and other 5 are connected wireless to wired AP as uplink AP’s. The wireless AP are also refered a island AP’s. Once UnIFI controller was installed in a PC on the same network, wired AP was adopted in device’s tab of UniFI controller.

Once the AP got adopt in the controller, island AP’s were given power, which then showed up in controller as isolated AP. Once in isolated state, AP’s had to be directed to connect to wired AP to be uplinked to. Once all of them got adopted, the wireless network was up and running in no time after created wireless SSID in settings > wireless network of Unifi controller. Performance of wireless network tripled after deploying the UniFi access point’s in the apartment. UniFI AP LR provides better wifi range upto 183 meter’s in open environment, but with wall’s in between it’ll obstruct the waves and cause the signals to diminish within few meter’s.But with UniFI AP LR, which work’s on 2.4ghz with longer signal waves goes through the wall’s efficiently as compared to 5GHz signals.

Unifi AP LR’s supports better bandwidth up to 300 mbps half-duplex, which is almost double the speed of the previous wireless router deployed in the apartment. Roaming between the access points also became smooth as compared to previous wireless router’s as they worked individually and not as a cluster. Unifi AP’s will work as a same big Wi-Fi spectrum and not as different wireless networks, which allows the client devices like phones to move between the AP’s without disconnection. UniFI AP’s work on zero-handoff policy which minimizes the packet loss while moving between the AP’s. UniFI AP’s started distributing bandwidth to each and every device equally causing the data not to bottle neck and have the data flow in control.

All the Unifi AP’s can be managed effectively using same Unifi controller’s interface, which is freely available on download page of www.ubnt.com. Unifi AP’s do not have their own interface, which in other devices is managed by using it’s IP address in the browser. They share the same GUI which can help manage multiple access point at the same instance. This gradually saved time to manage the device’s by not going to each and every device to change particular setting’s. Setup was too easy with just adopting the AP’s and creating wireless network.