Litebeam AC to provide firm wireless link even in non-line of sight scenario.

JSW Steel is one of India's leading integrated steel manufacturers with a capacity of 18 MTPA. It is one of the fastest growing companies in India with a footprint in over 140 countries. JSW Steel is an Indian steel company owned by the JSW Group based in Mumbai, Maharashtra, India. JSW Steel, after merger of ISPAT steel, has become India's second largest private sector steel company. The current installed capacity is 18 MTPA.

JSW Steel’s Vashind Plant is one of the largest steel plant in India, with multiple offices in the campus. Its spread in hundreds of acres and offices having a lot of distance in between them. The challenge here was to have communication media between two buildings without having to lay cables. It’s a steel plant, which has huge vehicles moving steel around that makes it difficult to lay cables over or under the ground. 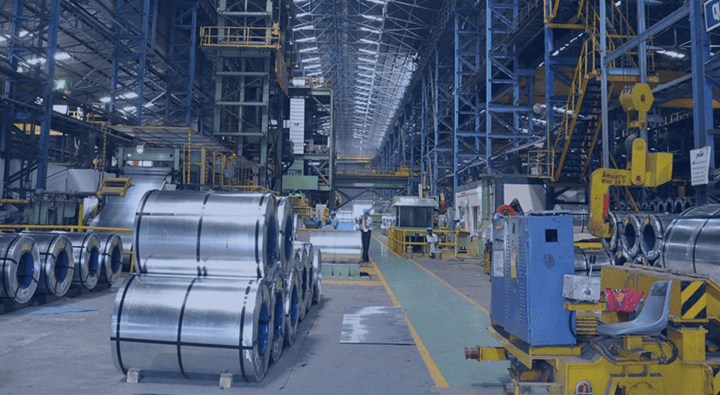 So, the only option here was to create wireless point to point bridge using wireless radios. In the premises, two power Station were deployed previously, but didn’t connect well due to non-line of sight. There are couple of trees in between obstructing the line of sight. This makes it difficult for packets to reach from one end to the another. And with such packet loss, it becomes difficult to manage data across the offices. Also due to packet loss, wireless link faces a lot of latency issues and disconnection. The non-line of sight disables most of radios to send wireless signal’s through it. With thick bushes of trees in between, wireless signals degrade for many devices with each tree and eventually disappears. The main challenge here was to create wireless bridge in non-line of sight scenarios.

Based on proven success in previous scenarios, we as a solution provided relied on Ubiquiti’s Airmax AC devices for wireless bridges. We decided to use Litebeam AC for this scenario, which works on MIMO technology.

MIMO is a method for multiplying the capacity of a radio link using multiple transmit and receive antenna’s to multipath propagation. Unlike standard Wi-Fi protocol, the Litebeam AC works on Time Division Multiple Access (TDMA). TDMA protocol allows each client to send and receive data using pre-designated time slots managed by an intelligent AP controller. This “time slot” method eliminates hidden node collisions and maximizes airtime efficiency. These features can help with non-line of sight scenario’s with trees as obstruction. We started off by configuring both the Litebeam AC, one as access point and another as station in the office. After they were configured as wireless bridge, next step was to mount them on the poles, without having to disturb the ongoing wireless link. Firstly, we mounted the Litebeam AC and aligned them. There off we moved the LAN cable to Litebeam AC from the previous working device, in this way the transition was smooth with negligible disconnection. And the link was working in no time even with clear line of sight. Below is the screenshot of Litebeam:

With the use of Litebeam AC, we were able create a stable wireless bridge without having to run cables from one end to another. With Ubiquiti’s Litebeam, JSW gained the capacity, performance, and reliability it needed to fulfill for the communication of the offices.

Previously with power station, bandwidth would fluctuate at the maximum with high latency issues. The maximum capacity of the link would reach up to 10 mbps. With replacement of radios to Litebeam, the bandwidth went upto an average of 400 mbps over the link. File transfer’s over the link has been easy without any lags or packet losses. Litebeam AC were able to create a link with latency less than 10ms which in previous case was higher than 100 ms most of the times.

For more information about JSW, please see the JSW website at http://www.jsw.in/.